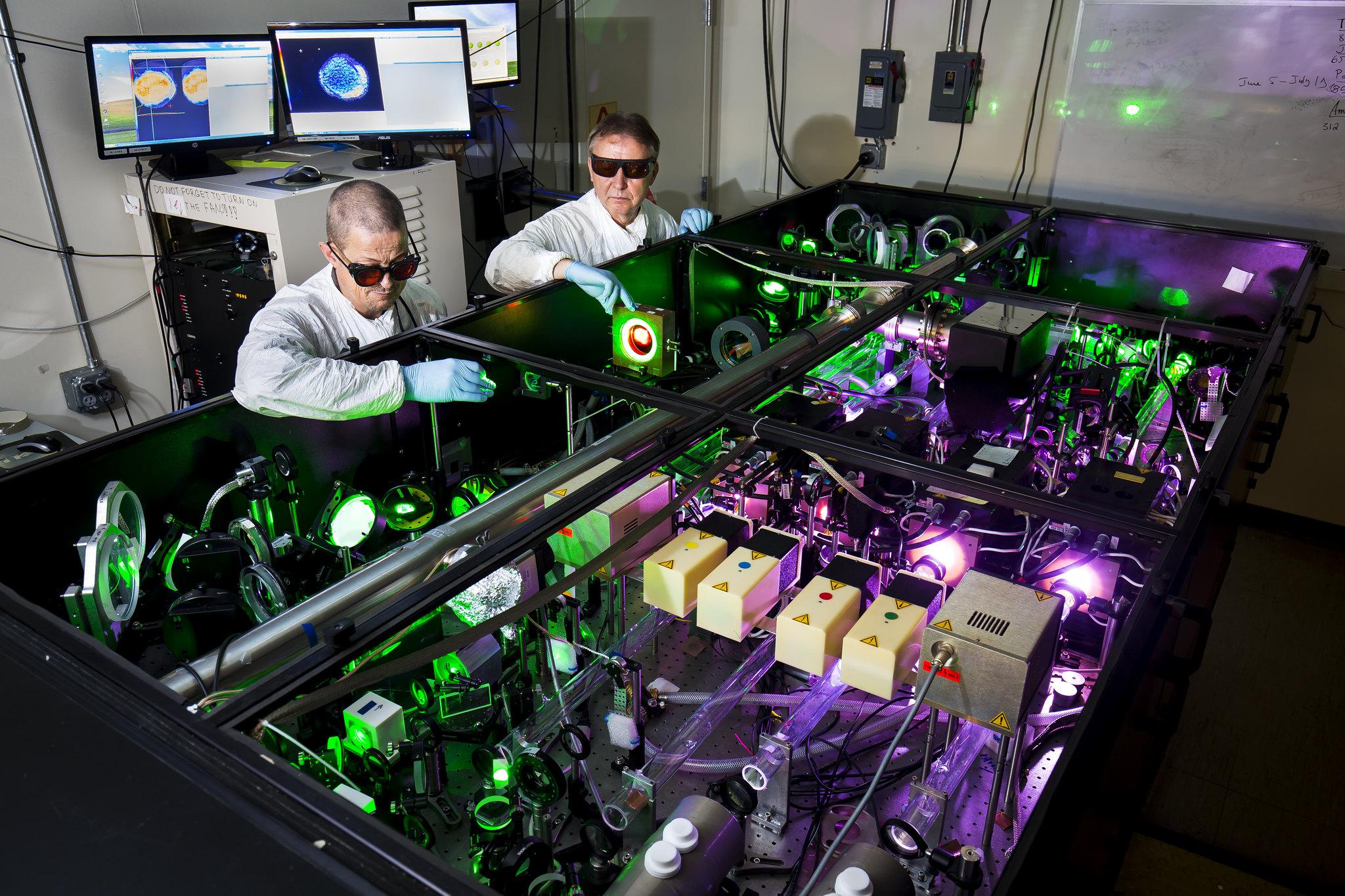 From Michigan News: ANN ARBOR—The United States is upgrading its laser capabilities with ZEUS, a new three-petawatt system to be built at the University of Michigan. Three petawatts is equal to three quadrillion watts, or a 3 followed by 15 zeros.

Funded with $16 million from the National Science Foundation, the facility will enable both basic and applied research. It will test a leading theory on how the universe operates at a subatomic level, and it could lead to advancements in medicine, materials science and national security.

“This laser will have the highest peak power in the United States and will be among the world’s most powerful laser systems for the next decade,” said Karl Krushelnick, director of the Gérard Mourou Center for Ultrafast Optical Science at U-M, where the laser will be built.

Getting back into the game with a 3-petawatt laser for $16 million is a bargain. The cost savings comes in part from the fact that some high-power laser components are now produced commercially, so they don’t need to be custom built. In addition, ZEUS will be an upgrade of an existing 0.5-petawatt laser, known for roughly two decades as HERCULES.

ZEUS will be what is known as a “user facility,” providing access to extreme laser intensities to scientists and engineers across the country.

“The NSF-supported ZEUS user facility will reestablish the United States as a world leader in high-intensity laser science, as recently recommended by the National Academies,” said Slava Lukin, who directs the NSF plasma physics program. “More than that, it will help advance our understanding of the cosmos by re-creating some of the universe’s most energetic light and particle acceleration phenomena in a university laboratory setting.”

One of the signature experiments planned will shoot the laser at a high-energy electron beam going the opposite way. This way, researchers will be able to mimic a much more powerful zettawatt laser (that’s 1 quintillion watts, or a 1 followed by 21 zeros). With this capability, the U-M team is most excited about the possibility of probing quantum electrodynamics, the reigning explanation of how the universe operates at the subatomic level.

“Quantum electrodynamics is a very successful theory, which has been accurate every time it has been measured in the laboratory. We hope to explore the more extreme regimes, where there is much more uncertainty in the theoretical predictions,” said Krushelnick, professor of nuclear engineering and radiological sciences, electrical engineering and computer science, and physics.

For instance, quantum electrodynamics predicts how the high intensities generated with ZEUS could affect the vacuum—essentially the underlying fabric of spacetime. Rather than being simple nothingness, the vacuum does strange things when a very high electric field is concentrated in one location. The pulses from the laser, scattering from the electron beam, should be strong enough to make matter and antimatter—pairs of electrons and positrons—suddenly appear from nothing. This has been called “boiling the vacuum.”

Quantum electrodynamics also predicts that the electric field from the laser could become so strong that it makes the vacuum behave like a lens for light.

In addition to these very fundamental questions, ZEUS could help develop methods and technologies for use in medicine, defense, materials science and astrophysics, such as:

The funding for ZEUS is part of the NSF’s Mid-Scale Research Infrastructure program. Research Scientist John Nees is honored for his excellence in research and scholarship, as well as his distinguished career as a key member of the Center for Ultrafast Optical Science.

CONGRATULATIONS TO PROFESSOR GÉRARD MOUROU FOR BEING THE RECIPIENT OF

THE 2018 NOBEL PRIZE IN PHYSICS

THE 2018 NOBEL LECTURE IN PHYSICS

The Center for Ultrafast Optical Science (CUOS) is an interdisciplinary research center in the College of Engineering at the University of Michigan in Ann Arbor. CUOS was sponsored as a Science and Technology Center by the National Science Foundation during 1990-2001, and as a College of Engineering Center continues its research in ultrafast optics with funding from a variety of government agencies and industry. Its mission is to perform multidisciplinary research in the basic science and technological applications of ultrashort laser pulses, to educate students from a wide variety of backgrounds in the field, and to spur the development of new technologies.

These ultrafast lasers enable a tremendous range of applications in fundamental science and applied technology. Further information on these applications can be found on About CUOS page, and details of specific research programs can be found under Research Groups. CUOS is a house for a 300 TW HERCULES laser, which has held a Guinness world record of  the highest focused intensity, presently, of 2×1022  W/cm2 for 13 consecutive years and with the National Science Foundation Major Research Instrumentation grant will be upgraded to a power of 500 TW and will have a high repetition capability as well.